In the process of doing a complete factory reset of my 32GB Surface RT, I tracked the available free space over the course of a couple updates to see how much space each update uses.

The Microsoft Surface RT was released October 26, 2012. I purchased my 32GB Surface on November 4th, 2012 so the refresh should have brought the Surface RT back to the original Windows RT operating system image before Microsoft applied any updates. 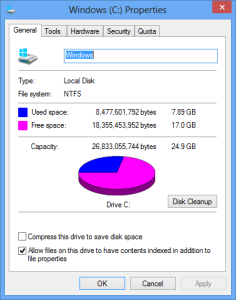 The first set of updates contained of 18 important updates, consisted of:

After the first set of updates, the 32GB Surface used 8.6GB with 16.3GB free space. The update added about 700MB of data. 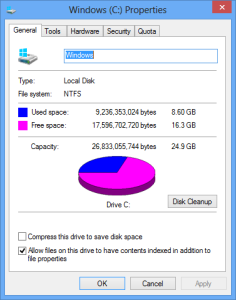 The second set of updates consisted of 10 updates, including another firmware update. 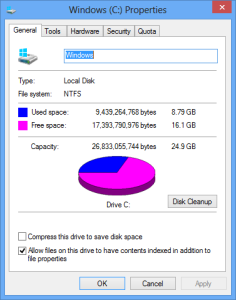 There were no more system updates, for now, so I moved on to updating Microsoft Office Home & Student 2013 RT Preview to the full final version. The update was 586.1 MB to download. 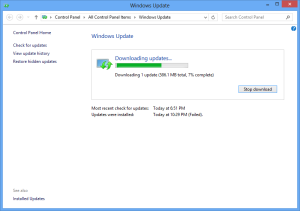 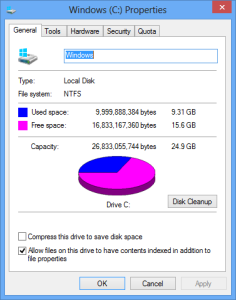 The next system update consisted of Microsoft Office 2013 RT updates. 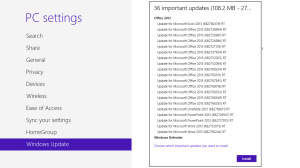 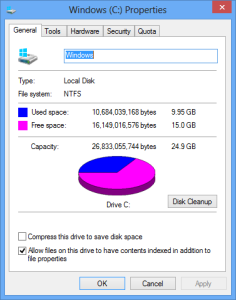 Overall, the system updates and the Office updates added about 2 GB of data. I have included a summary table below for quick reference.